Well folks every time you think the New York Metropolitans can’t be more of a train wreck they prove you wrong.

Last time we checked in I was reasonably high on the Mets season. The Mets were 7-3 and had 3 winnable games against the Marlins ahead. I had two very different predictions of what could happen next. Either the Mets would win the next 3 games and establish themselves orrr they would lose all 3 and the team would fall into turmoil.

Naturally, it was the latter.

Since that day the Mets are an astounding 1-10. That’s ONE win and TEN LOSSES for those that don’t understand how records work. The Mets are a god damn disaster. They are incredibly beat up and it looks like the season might already be over. I warned that the Mets home run dependent offense was not sustainable whatsoever and in late breaking news: I was right!

Today the Mets announced that our one bright spot, Noah Syndergaard, was scratched from his start. Apparently his arm was so sore that he could not lift it above his shoulder. For those unfamiliar with typical human flexibility, that is not good.

In case things couldn’t get any worse, in the fourth inning, already down 2-0, Yoenis Cespedes hit a double off the wall and pulled his hamstring on his way around the bases. He was removed from the game and taken to the hospital for further testing on his hamstring.

So within 24 hours the Mets best pitcher and best offensive player now both have very unclear futures. Honestly, the fact that ten games into this season I was in any way optimistic about the Mets is very impressive for me. So now that the Mets are on a six game losing streak, 1-9 in their last 10, and firmly in last place in the NL East, I think it’s fair for me to be pessimistic. So here it goes. Cespedes will probably be out several weeks with this hamstring injury. Thor’s arm might be shot and it’ll be time for ole Tommy John to come end his season. Terry Collins and Ray Ramirez are both INCOMPETENT and should be fired. This team is going to collapse harder than ever and lose around 100 games.

In case the demise of this team and my mental health is not clear enough, I will bring in my old pal Mr. Met to show how the last two weeks have gone. 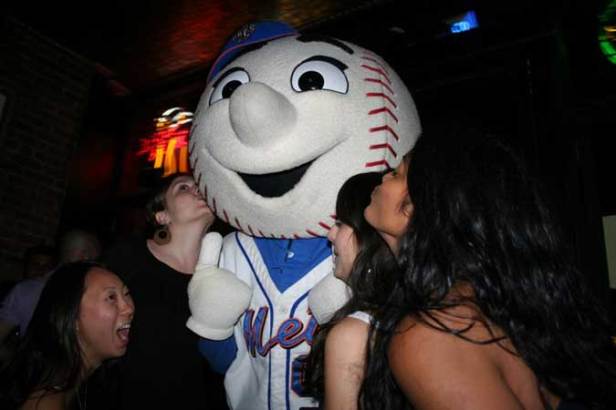 What a difference two weeks makes.